A Year of Projects Update - week 3

Ok so I've had a little more time this week but I don't seem to have made much progress.  I do have an FO though!

FO's
I finished Zinone - I do not have modelled shots as it is not blocked yet, but she is finished nonetheless. 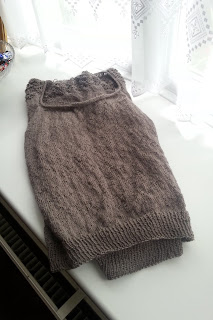 She is knitted in Eden Cottage Milburn in stone. 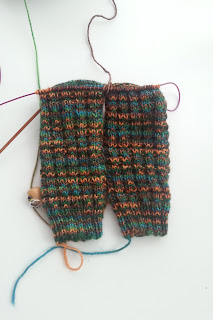 I've not done much work on mine.
I have nearly finished a second teacosy - I need this one for the end of the week as a present so I will work on this one later. 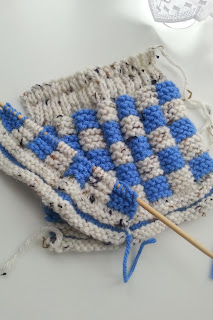 I have worked a few more rounds of Buchanan, but not enough to show.
And finally (I will count this as a WIP even though I have not actually started knitting them yet) I have added  to my list already but only as I forgot it.  I saw this pattern a while ago but wasn't sure why I would knit it.  I have now decided to knit loads and give them as presents.  What am I talking about?  sheep by Susan B Anderson is what I am talking about.  I have a mass of 4 Ply that I am going to use to make them - a whole flock.
I have also cut out the fabric to make a mimi top which I will probably put together next week.
I have - shock - horror - no acquisitions this week.
I think that is it for this week.  To see more progress in the group click the link on the right.
Posted by Lucy Bowen at 08:03