A Year of Projects Update - week 50

I am so late this week, but I wrote half of this earlier in the week so thought I would go ahead and post..
I have no FO's this week, but 2 big projects that I am getting through and a new little project that I have started.
WIP's
The big projects are:
My Quiet Stars by Joji - I am on to the bottom shaping which shouldn't take too long and then I have sleeves to tackle. 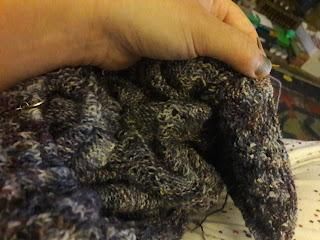 My Waters by Andi Satterlund that is coming along nicely.  I have joined the body, so now it is just stockinette to the bottom. 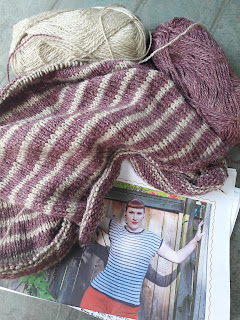 I have also started to join in with the breed exploration that is run by Knit British.  I have followed Louise (that is knit british) for a number of years and listened to what the group have to say about various different British breeds of sheep, and now I fancied joining in. 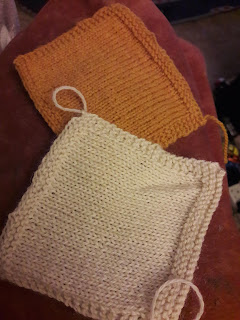 So I have invested in some Romney wool (the bottom swatch) and some Southdown wool (the top swatch).  The Romney has been done, so I will play along retrospectively, but the Southdowns and Dorset Horn (that I have also purchased) I will do properly and post my findings.
So I think that is it for a moment.  I will endeavor to post on Sunday this week, which isn't that far away.