A Year of Projects Update - week 16

I finished my Ess shawl.  During the week I quickly realised I was going to run out of the 5th skein!  I decided then that I didn't really want to get another skein and that it was plenty big enough.  So instead of a triangle I have a trapezoid.  Once I had cut the steek of course, which was great fun and then fashioning the fringe from the steek stitches was magic. 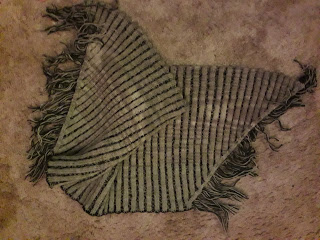 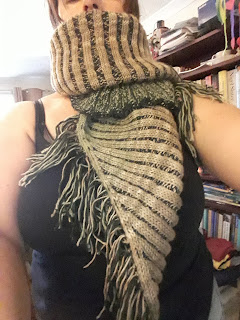 The pattern is from Anna Maltz's book Marlisle, and the yarn is Eden Cottage yarn oakworth dk.  I love it.

I am also making progress on Rugged coat by Joji. 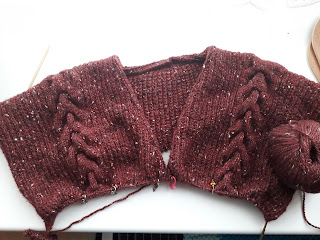 And I have made some progress on my Strictly socks. 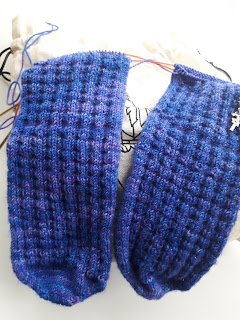 Of course I am now excited about the next cast on!  I want to cast on a twiddle muff for my gran for Christmas, and I want to finish the second mitt (Delftig - also from the Marlisle book) for me.  I also want to cast on Julgrun by Andi Satterlund as a Christmas jumper for me to join Ruth in an informal make along - I too want a Christmas outfit , and I would quite like to make it myself!
So I think that is all I have been up to and my imminent plans - I hope everyone's week is going well.
Posted by Lucy Bowen at 16:49