A Year of Projects Update - week 45

It's May!  Part of my Year of Projects aims was to take part in Me Made May.  It has started very well and I blogged about the first three days here.
I have various projects for this week - I still don't have some FO pictures of Nasreen and the Grass River Tunic.  I promise I will have next week!

Having finished these two I started some new projects.
I cast on the Camden Cap by Woolly Wormhead.  I watched an episode of the Fruity Knitting podcast and was so inspired by the interview I used my discount to purchase some of Woolly's patterns (and some Countess Ablaze yarn to knit it in!)
This project is just flying along and should be finished in no time. 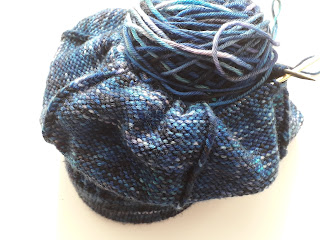 I also bought some other patterns and it may be what I do with the left over rosy green yarn from Nasreen.
I also cast on Understated by Joji Locatelli from the new Interpretations book.  I am using some yarn from De Rerum Natura which is gorgeous. 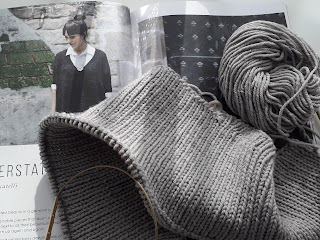 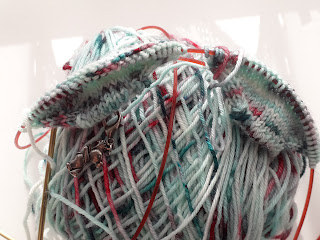 And that is my week.  It is a long weekend here in the UK this week so I hope to get lots of knitting done.  Will catch up next week