A Year of Projects Update - week 18

We have had such a lovely week here.  The start of the week saw lovely weather and  so we went to get our pumpkins and went to the park to play football. The end of the week has been much quieter but we have still had fun nonetheless.
I have managed to do a fair bit of crafting.   I have been fairly monogamous,  although at the end of the week saw me tempted by something!
My main project has been sock arms.  I have done the bulk of the body in merino nylon from Amy of stranded dyeworks in her smoked colourway.   I picked this up at last year's unravel. 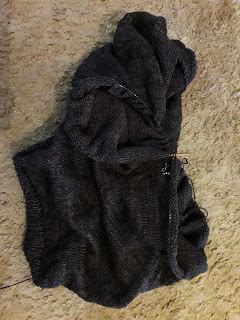 I just really have the yoke to do and then the featured sock arms!
Now this was all I was working on, but then I got completely distracted by the woolly wormhead mystery kal.  I knit a couple of woolly's hats earlier in the year and it's been a long time since I have done a mystery kal.  So I have now not only completed clue one for one that, I decided since I have a week to wait for clue 2 I would cast on a second!
The first is cast on in a malabrigo Arroyo in archangel and the second I am holding two strands together - an eden cottage fingering and an alpaca cotton which has been in stash forever.  I have not posted a picture, but have linked my projects here and they are there. 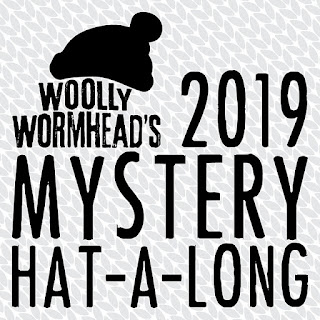 And that is that for a moment. Happy crafting and I will be back next week.