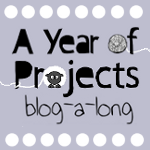 Another week has gone by - I have been reasonably productive this week!! 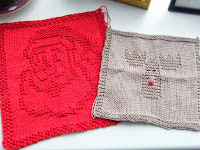 I finished another cloth for Christmas and started a third. 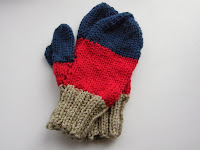 And started and finished a pair of mittens for Thomas - now I just need to do another slightly smaller pair for Daniel!!


Other than that, this will be short and sweet this week as we are about to wrap ourselves up to go to or local farm for the arrival of Father Christmas!  The boys are very excited and making lists as we speak!!

Hope you all have a good week - next week will be busy with decorating the house!!

I can't believe it is week 21 already!
I finally had a productive week and therefore, feel it is time to consult the list!


I finished the scarf for my mum. 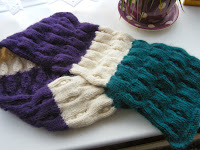 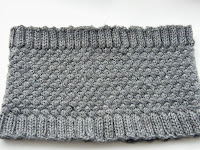 Also, finished 1 cowl for my friend who is unwell and am delivering that today

And finished another cloth for Christmas! 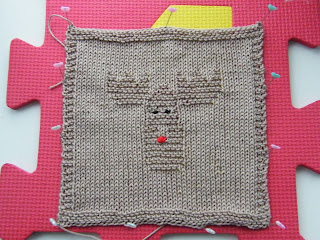 Then, there's all the projects just for me

Another week goes by and half term is almost over!  We all went out to see the fireworks yesterday - all wrapped up with ear defenders on!  A good time was had by all!! 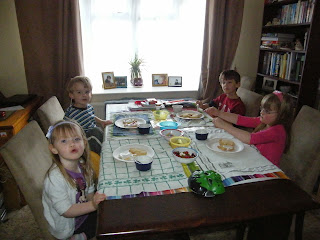 During the week we had some friends over and we all made Halloween biscuits - here they are in the act. 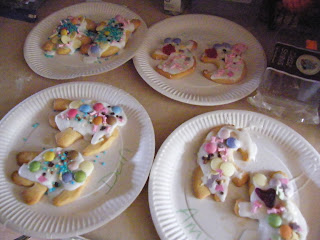 And here are the finished articles!!


I didn't get quite as much knitting done as planned - best laid plans and all.  I had to do some marking as well.
However, I did finish and block Morticia - pictured below.  I did the picot bind off, so meant although it took an incredibly long time, I learned several new techniques including beading and the picot.  In the new year I think I would like to learn crochet as a result, but not yet! 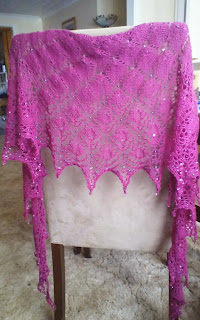 The colour on this one is not quite right - the second picture is better colourwise.  I would have liked to have blocked the points a bit better, and probably will before I give it away, but it is too big to block with the space/equipment I have.  I have no idea how people managed to block the large ones!!  This is a small! 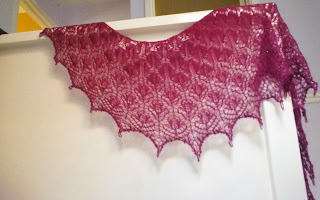 Did, however, cast on an Amy Miller cowl called Basketcase for my childminder.  Think I will make a second one if I like it for a friend who has just discovered she has cancer - something nice and warm for when she starts chemo. 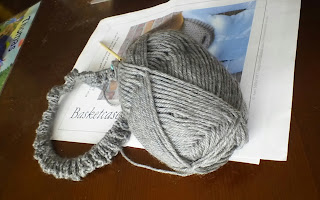 Hope everyone has a good week - my mum and dad are visiting from Thursday so will have to try to get the scarf out of the way!
Posted by Lucy Bowen at 09:44 10 comments: